from Serravalle Noir Award 2011
"An established writer and former Head of the Florence Mobile Team at the time of the investigations on the notorious Monster of couples, he has collected numerous successes at a professional level, both in the investigation field and in the literary sector, obtaining a broad consensus also abroad with his books which often refer to events and experiences lived firsthand during the years of the profitable and rewarding investigative activity carried out in the service of the State"
Furio Innocenti 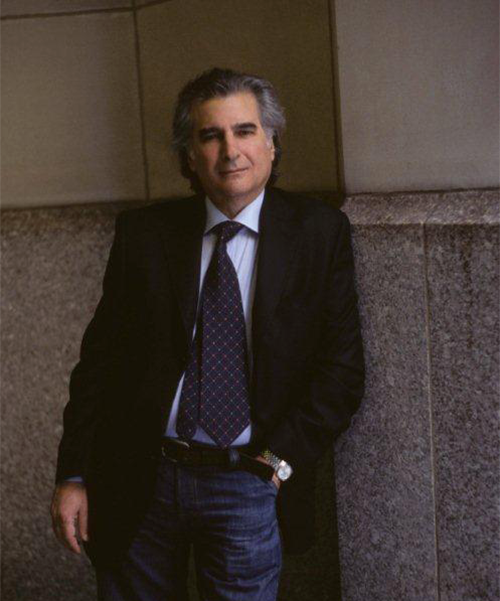 Michele Giuttari was born in 1950 outside Messina.
He has a law degree from the University of Messina. In January 1978 he joined the State Police with the rank of commissioner. He worked in Calabria, Napoli and Firenze and he made important investigations against Mafia and dangerous killers. In Florence was former head of the Florence Police Force (1995-2003) and he was responsible for re-opening the Monster of Florence case.
From 1997 he devoted himself to writing novels collecting international success.
He has won several literary awards.

Michele Giuttari was born in the province of Messina in 1950. In 1975 he graduated in Law and in 1977, at the Corte d’Appello of Messina, he passed the exams to qualify for the practice of lawyer.
In January 1978 he entered the State Police with the status of commissioner.
He has held positions at the Squadra Mobile of Reggio Calabria and Cosenza.
Subsequently, the winner of the title competition (he ranked first) he joined the Anti-Mafia Investigation Department. He served first at the Dia in Napoli and then at that of Florence with the position of head of the Judicial Investigation sector.

He then held the position of head of the Florence Mobile Squad, directing, among other things, the investigations on the so-called “Monster of Florence” which led to the identification of some material executors, definitively condemned. With that investigation he showed that he was not a lone serial killer, but a group of killers.
In 1997 he undertook the activity of writer of detective novels, quickly making himself known nationally and internationally.

His books are translated into the main languages and published in over 100 countries. The Times called him “the main Italian crime writer“.

He has been recipient of several literary awards, including the Fenice Europa (his novel La Loggia degli Innocenti has been called “Italian Novel for the World“) and the Camaiore Letteratura Gialla (First place) with Il Basilisco.

The fiction “The Monster of Florence” aired on Sky Fox Crime and on Channel 5 of the Mediaset network, in the last two episodes (the fifth and sixth) covered, among other things, part of the professional experience lived by Giuttari, played by Giorgio Colangeli.